I had a session with someone the other day, and one of the things we talked about was how to build in accountability when you have a big idea, without making the pressure so big that you bail on it altogether out of fear.

This struck me as something we all struggle with, or at least, those of us who like to dream big. There’s a tendency to think that step one is doing only for yourself, and step two is sharing it with the world in a huge public way.

When in fact, there are a lot of steps in between.

In our session, we wrote out what those steps might look like, and came up with this:

I’m not sure what happens in steps 6-9, but I’d love to hear your ideas.

In the meantime, if there’s a project you are excited about but scared to share with the world, here is my assignment for you: what is the tiniest, easiest, most fun way you could share your thoughts?

Or here’s a thought: you could say something here or over on the facebook page! I’d love to know what you’re excited about.

One exercise I do in my failure workshops that’s always a surprise hit is ‘Stupid Solutions to Big Problems’. We form teams and brainstorm stupid solutions to huge, urgent, seemingly intractable problems. It’s strangely cathartic, and often the weirdest, wildest ideas are actually kind of great.

I bring this up because today, once again, I am confronted by a horrifying, endlessly repeating problem: gun violence.

And I cannot bear to see the same old helpless questions and dialogues and discussions and nothing happen in response.

So I thought: why don’t I brainstorm some stupid solutions? At least it will distract me from the sheer awfulness for a while. And so I present to you:

STUPID SOLUTIONS TO A BIG PROBLEM: the gun violence edition

Here’s what the OLCC says:

Q: What will happen to me if I allow a visibly intoxicated person to continue to drink alcohol?

OK, call me stupid, but couldn’t we do the exact same thing if someone sells a gun to a shooter? Just swap out ‘visibly intoxicated’ with ‘visibly planning to shoot someone’.

Lots of Kids Dead in Mass Shooting by Loony Lardface 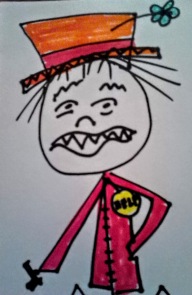 Fantastic. Well, I feel a little less consumed by rage and horror. If you have some stupid ideas to share, I would love to hear them! 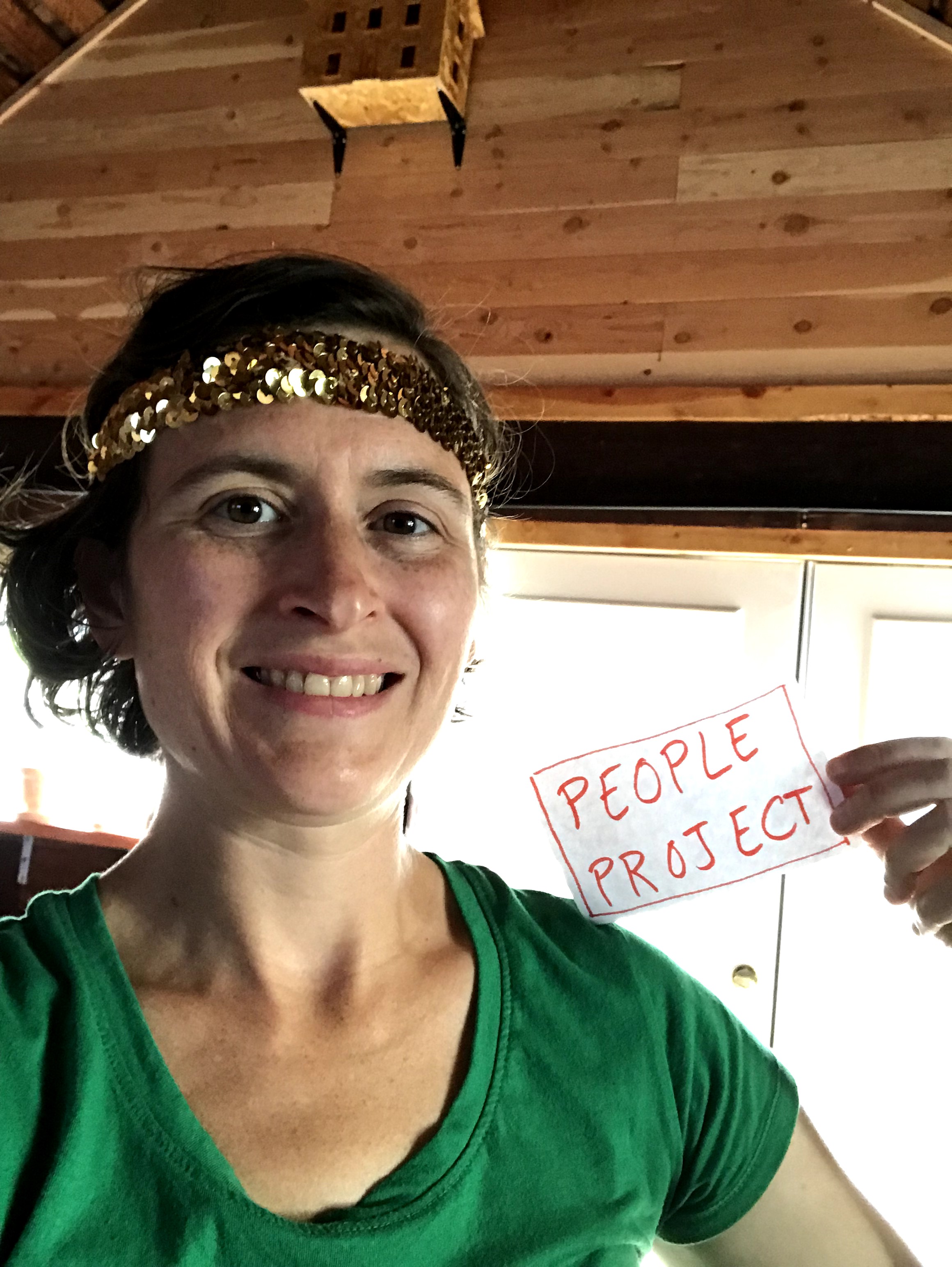 Having a hard day? Here are 5 ways to revive your magic … [FREE VIDEO] 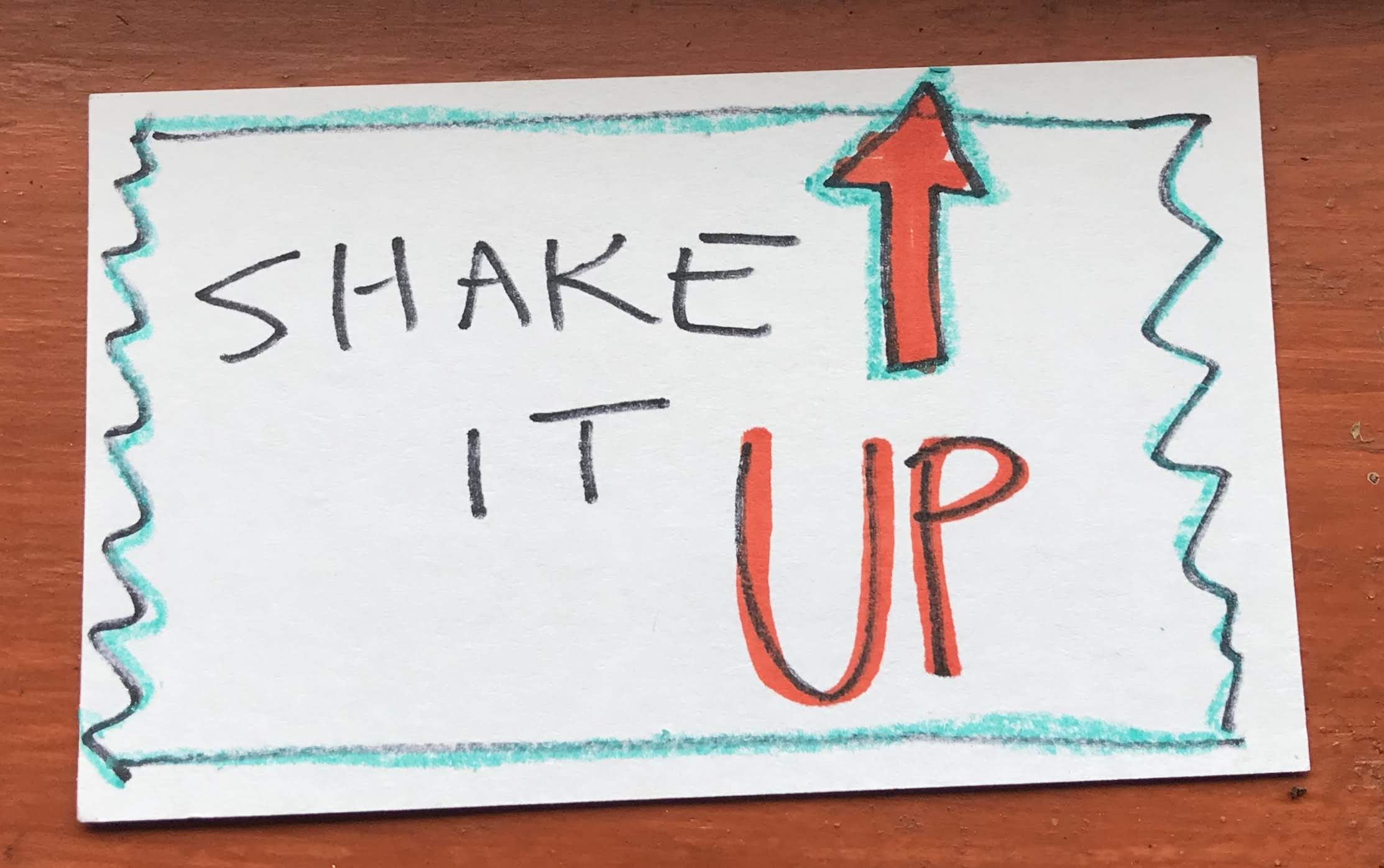 CLIMB ... one step at a time one stone at a time one mountain at a time one bird at a time ... #dailyselfportrait #freewrite #wordoftheday #creativeguide #creativemagic #lifecoach #pdxartist
Sunshiney day!
I feel like this is a metaphor for something... #kidinspiration #artistresidencyinmotherhood
The art doctor is in. #dailyselfportrait #artsupplies #creativeguide #lifecoach #expressivearts #pdx
Hello procrastinators! My people. Some people say we are wasting time but I say we are conserving our energy. We are waiting to take action until the stakes become crystal clear. There are downsides to this, yes. But there are also upsides. And today the upside for those of you who wanted to sign up for Fruition but waited too long is... I made a change, and I’ve extended the boundary! I decided to offer Fruition on Wednesday mornings at 10am. So you have until Sunday night to decide. Our first meeting will be Wed Feb 19. Procrastinators of this world, I await your decision (but only until Sunday). #procrastinators #procrastinatorsunite #fruition #fruitioncoaching #lifecoach #artcoach #pdxlifecoach #creativeguide #creativemagic
Rainy day hike with my beautiful weird boys. We heard frogs, fell in mud and found this strange structure which gives you multiple frames to view the swamp aka reality through. Magic! #artistresidencyinmotherhood #reframe #thepowerofmud